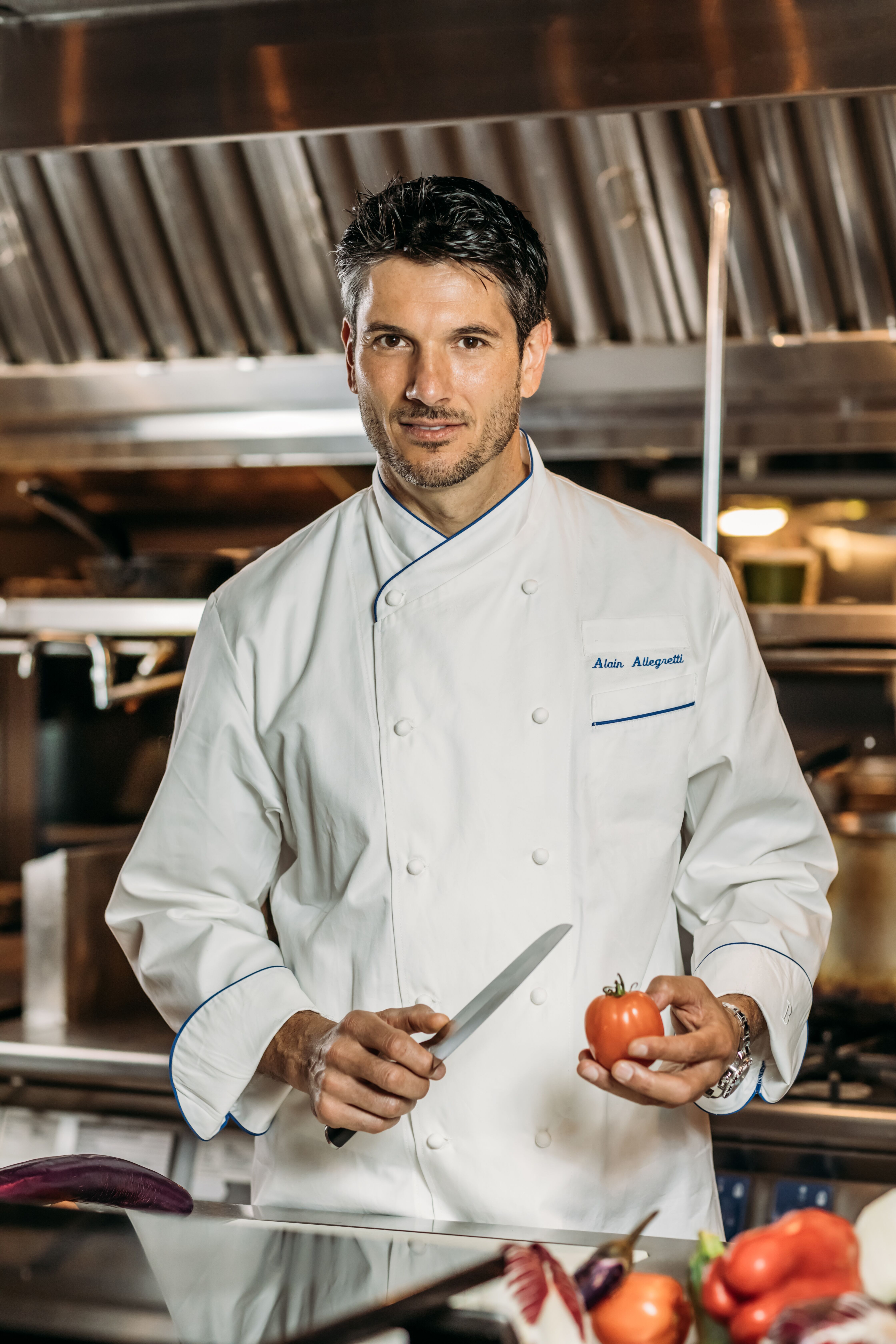 Alain Allegretti hails from a prominent culinary background developed in kitchens across France and the United States. The love for food began on his family’s farm in the South of France under his Italian grandmother’s guidance where it is often the core of the culture and everyday life.

Allegretti’s career spans from being at the helm of kitchens at world-renowned restaurants to setting the culinary stage at three of his very own in both New York and Atlantic City. Allegretti elevated his culinary expertise at several Michelin star-rated restaurants including: the two-star Restaurant Le Chantecler at Hotel Negresco in Nice, where Jacques Maximin served as his mentor; the three-star- rated Chez Chapel in Mionnay; and, the three-star-rated Restaurant Le Louis XV in Monte Carlo, under Alain Ducasse. Allegretti arrived on the New York restaurant scene in 2000, as Co-Executive Chef, at Sirio Maccioni’s Le Cirque. In 2005, Allegretti moved on to become the executive chef at the New York City Ritz-Carlton’s highly acclaimed restaurant, Atelier, where he solidified its place among the top restaurants in the city, earning three stars from the New York Times, one-Michelin star, and a tremendous 27 food rating in Zagat. In 2008, Allegretti launched his eponymous restaurant Allegretti in the Flatiron Iron District, earning a rave two- star review by the New York Times. In 2011, he opened La Promenade des Anglais, in New York’s trendy neighborhood of Chelsea, to a slew of critical acclaim including a two- star review from the New York Times¸ in which Pete Wells called Allegretti “the king of modern French cuisine.” In 2012, Allegretti opened Azure by Allegretti in Atlantic City, where he had been consistently been featured among the city’s best chefs, and Azure had been praised as one of the hottest restaurants on the Jersey Shore by Zagat.